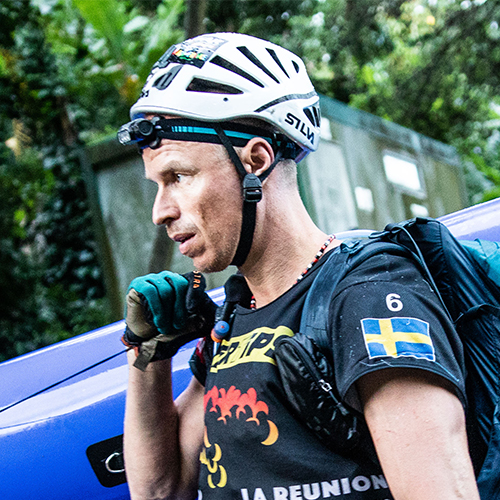 Robert is from Innertavle near Umeå where he lives with his wife Lina and kids Klara and Axel. He’s always been active in both team sports and individual competitions.. Robert loves heavy lifting, especially outdoors, and his spare time is mostly spent hunting moose and other wild animals with his dog. He works as a physical education teacher and tries to teach his students the body is made to be punished. Robert started adventure racing in 2005 and joined the team in 2008.

Innertavle, a small village near Umeå.

Hates bananas. (Bananas are for monkeys)

What will you do when your knees finally give out?

Chop wood and hunt, just like I do now but more often…

Hypothermia in the Adventure Race World Championship in Scotland 2007.

Collapsed in a mountain marathon in 2005 and got flown out by helicopter.

All races that are well organised and take us to unexpected, fantastic places.